[Possible Spoilers] Bending in other styles

A lot of info about bending is already out, but possible spoilers if you're new to ATLA and haven't seen all the episodes yet / haven't read up on bending.

So, one of the things I love to think about is how a lot of other non-western cultures outside of China have their own martial arts; we know that the four bending art styles are patterned after four different styles of kung fu: Northern Shaolin (fire), Tai Chi (water), Ba Gua (air), and Hung Gar (earth). We also know that some benders use different styles—for example, Toph, because of how her earthbending developed, instead of Hung Gar uses Southern Praying Mantis.

But, other cultures have their own martial arts too. In Japan, we have things like karate, aikido, sumo, jujutsu. In the Philippines, there's arnis/eskrima, sikaran, dumog. In Korea, taekwondo, hapkido, taekkyeon.

What are some non-Chinese maritial arts you think would pair well with certain elements?


Personally, I've been thinking a lot about developing a firebender that uses taekwondo — there's a lot of fancy footwork in firebending styles, and a lot of taekwondo relies on really great leg movement and footwork, with a lesser emphasis on upper body.

In theory (not that I could make an airbender :P) an airender that uses aikido would be great too, since aikido, similar to ba gua, uses the opponent's strength against them.

I've been thinking about this. I always wondered if, with the advent of pro bending, the Avatar world saw the advent or something like Bartitsu or other forms of mixed martial arts?

Sept 14, 2020 22:20:52 GMT -6 michelangelo said:
I've been thinking about this. I always wondered if, with the advent of pro bending, the Avatar world saw the advent or something like Bartitsu or other forms of mixed martial arts?


en.wikipedia.org/wiki/Bartitsu
Oh absolutely, I honestly think that this would have been really popular particularly in the Korra era, which we can see has a lot influence from the turn of the century to about the 1930s. As more dapper fashions became en vogue, I think that it would be seen as a 'gentlman's sport' particularly in the mid to upper classes.
This user is TARP Staff
xyloshun
Sept 15, 2020 11:01:13 GMT -6 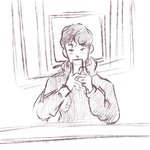 I’ve seen a couple action sequences in LoK and definitely seen more boxing techniques being used by many different benders, especially in pro bending. I remember this one specific scene when Bolin was teaching Korea how to throw a “punch” at one of the earth discs, telling her to be light on her feet. This doesn’t really seem typical at all for an earthbender, might even be too “twinkle toes”.

If I had to pair any of the modern martial arts (especially the striking ones), it’d probably have to be based on their predecessors. Though, just to name a few, grappling arts like judo, Hapkido, and wrestling would probably be pretty earthy styles mainly for their need to stay grounded and be the ones to do the throwing.
This user is Out of Character
michelangelo
Sept 17, 2020 21:21:05 GMT -6

Do we ever see an agni kai in Korra's time? I feel as if it'd probably become much more 'gentlemanly'. I wouldn't be surprised if Zuko discouraged its practice during his reign.

Yes I definitely can see the boxing influence in Bolin's earth bending during the first book.

michelangelo - No, at least not in the show proper. I couldn't remember 100% so I checked out the wikia and it looks like the only known agni kai in "recent" history (ie the shows) are the three Zuko fought. It doesn't have any additional references to supplementary material, either, which its usually very good at. From that I think it's safe to assume that there hasn't been another after Zuko (at least, not by any known canon character).
This user is TARP Staff
Ninavask
Sept 27, 2020 9:32:10 GMT -6

I could see waterbenders using bits of Eagle Claw to disable opponents. It shares a lot with Tai Chi just with a bit harder (read strong) body movements and a focus on joint locks. I'd almost argue earthbenders could apply it to but it doesn't use as rooted a stance as they would probably need. And though firebenders also use northern shaolin their bending wouldn't benefit from the locks in anyway. Well unless its something security teams might use or bodyguards to capture, not kill, enemies but then it would just be normal martial arts anyway.

I'd love for there to be some kind of HEMA style of earthbending weapon combat, because that kind of fighting wouldn't be practical without full plate and proper protection like an earthbender might be more willing to wear. But most the non-weapon movements come down to grapples and take downs so...

Also I am 100% convinced Capoeira would be a kind of airbending. That much focus on moving and circulating? Definitely an airbending-favored style.
This user is Out of Character
Lee
Sept 28, 2020 10:40:36 GMT -6

I think bending styles based off Savate (French boxing focusing on high kicks to the head), Krav Maga (developed in Israel), Jeet-Kune-do (developed by Bruce Lee in America) and capoeira (Afro-Brazilian) would be super cool. Especially that last one as Capoeira is a combination of combat, dance, acrobatics and music.
This user is Out of Character
Last edit by Lee: Sept 28, 2020 10:40:48 GMT -6
xyloshun
Sept 30, 2020 1:08:30 GMT -6

Zuko showed off a bit of some breakdancing firebending moves in Book 1. Feel like those movements are pretty similar to some techniques from Capoeira.

Bruce Lee’s philosophy in Jeet Kun Do is so much like Iroh’s in regards to the 4 elements. Redirecting lightning might even be a nod to “being like water”, which was Bruce Lee’s way of saying to adapt and take form of other styles in martial arts.
This user is Out of Character