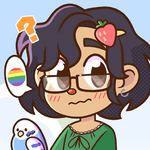 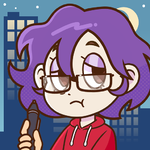 Festival of the Fire Flower [Open] 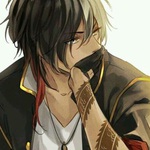 Ezai was often accused of being a difficult person to drag out of the house. It made socializing with him difficult at times. Most of his socialization occurred through friends in the military and only while on duty. The young man didn't necessarily enjoy staying in doors all day, but he found it difficult to put himself in a vulnerable situation. He didn't trust people easily. Meeting new people had mostly only ever been a business matter for him due to his family's estate and his side job as an instructor. While on guard duty, Ezai was typically a whole other person.

Today was one of those days where Ezai, despite his efforts, just couldn't keep himself locked away. There was a small festival making its way through the Fire Nation. Bright red peddles were being thrown in the streets by women in colorful kimonos. No one danced or sang, but the crowd ogled at the grace and beauty of the women. Shop owners took their chance to display their goods and the smell of street food filled the air with mouth watering aromas. The city was bustling much more than usual.

Ezai, on the other hand, stood still and quiet. He leaned against a wooden post that stood outside a small tea shop. The smell soothed him as he watched the flowers rise and fall. It was as beautiful to Ezai as it was ominous. The young man pushed off from the post, straightening himself as he rolled his left sleeve down, covering the dragon crest tattooed into his skin.

Amber eyes watched as three children ran around. If one looked hard enough they would have seen a small smile appear on his face. Ezai wiped it away immediately. The children laughed as they played. Their movements were chaotic and haphazard in such a crowd. If they kept on running around like this they'd run into someone eventually.
This user is from the Fire Nation
Ren
Aug 24, 2020 14:51:02 GMT -6 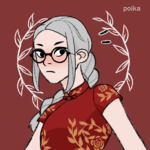 Still buoyed by her conversation with the Princess, Ren all but floated into the festival. She had dressed for the occasion: her usual attire had been exchanged for a white silk kimono embroidered with fire flowers of varying sizes along the bottom half and along the sleeves, accented with deep burgundy and pale gold threads. Her grey hair had been released from its usual braid, and an artificial fire lily was tucked behind her left ear, where her calligraphy brush usually sat. She clutched a red pearled bag in her ink-stained fingers (unfortunately, not a whole lot she could do about the ink all things considered), and glanced around for something to occupy her time.

She was, unfortunately, attending the festival alone. Her parents had decided not to go; her mother had a cold, and her father had decided to stay behind and nurse her back to health. The other historians had left the palace much earlier than she did, since she was still recording the details of the Princess's conversation with the official, and so by the time she had gone back to her rooms to change and set out, they had been gone for hours and she had no idea where they were now.

Instead, Ren looked around at the stalls; she bought a small serving of takoyaki and applied the eel sauce very generously. The bonito flakes were a special touch and she happily ate as she moved through the festival, looking through the different stalls of vendors and game-peddlers with mild interest.

As she passed a nearby tea shop, Ren failed to notice the three children running around the area; one of them bumped into her—hard.

Her takoyaki flew out of her hands and her glasses, already precariously perched on her face, slid off.

Ren dropped to her knees squinting very hard to try and bring the world into focus. Her eyes watered with the effort as her hands reached out haphazardly in search of her glasses.
This user is from the Fire Nation
Ezai
Aug 25, 2020 11:59:04 GMT -6

Ezai could see the disaster in the making as the child bumped into a woman as they had began to run off again. The woman yelped and fell to the ground, her glasses with her. For a moment, Ezai stared to simply watch, but the voice of his mother wouldn't stop nagging him. With a silent but deep breath, the young man pushed himself off of the wall and made his way over. The child was still sitting in the dirt, staring teary eyed at his scraped knee. Ezai bent over, using the sleeve of his shirt to wipe away the wound, showing the boy that there was nothing to worry about. The fall didn't even scrape him. “See. You're fine, just watch where you're going next time, yea?” The man helped the boy up and watched as he ran off again.

Ember eyes then turned to the woman. He watched as she slapped around on the ground to find her glasses. His eyes searched as well, landing on the pair of spectacles. He bent over, picking them up carefully and holding them out to her. “Maybe you should watch where you're going as well,” Ezai said nonchalantly. Her food was splattered on the ground next to her, takoyaki with about a pound of eel sauce. He offered the woman his hand. While he was sure she could get up just fine herself, her modesty would be harder to keep in the kimono. Ezai noted the ink on her hands. It was dried, staining her skin. There were several shades and stages of life on the ink stains. Some looked like they were made just today while others were faded and light gray from probably days ago. Whatever her job, she lived it well.

Her kimono was obviously worn with the spirit of the festival in mind, and it matched her beautifully. Ezai, on the other hand, had not gone out of his way to appear excited for such an event. If it weren't for his manners he would have likely gone the entire day without speaking to a single soul.
This user is from the Fire Nation
Last edit by Ezai: Aug 25, 2020 11:59:12 GMT -6
Ren
Aug 25, 2020 20:08:00 GMT -6

A voice admonished her for not watching where she was going; Ren blushed, but accepted her glasses gratefully.

Now that her glasses were in their proper place, she was able to see her rescuer (such as it was) clearly; a younger person, with black hair that draped over his eyes. A little shorter, perhaps, than Ren herself. She was, after all, about a head taller than most men. They had a stature of someone trained in some form of martial art, or perhaps weapon skills. It was similar to the builds of the soldiers that roamed the palace grounds, but they were clearly not part of the military with hair so casually lengthy.

They offered their hand and Ren took it, noticing that somehow, she felt dainty next to them. Perhaps it was the way they carried themselves.

She stood and smoothed out her kimono.

"Thank you," she said with a bow, feeling a small relief that she didn't stutter. "I guess I was so taken in by the festival that I forgot to watch where I was going."

Sadly, Ren glanced at her spilled takoyaki, may they rest in peace. Thankfully, she had managed to avoid spilling eel sauce on her kimono, which her coinpurse thanked her for.

She turned to her rescuer and smiled shyly.

With a gentle lift, Ezai helped the woman to her feet. He didn't let go until he was sure she had her footing. His eyes scanned carefully, making sure there was no limp to her step as she dusted off her white kimono. Thankfully it didn't seem like there was any damage.

“No need,” Ezai waved off the gratitude. He'd not really done anything, to be fair. At least he'd not done something any other person might have done. His ember eyes lifted some, their usual skepticism lightening. “The festival is beautiful, I agree.”

Ezai was taken aback by the sudden offer of food. His brain scrambled to connect the train of though. She was the one who had lost her meal due to the unfortunate set of events. A simple few seconds of his time was hardly worth the payment. Ezai was reluctant, but the thought of festival food raised his gluttonous instincts. “At least let me split.” A small smile colored his face and a hopeful shrug was raised in his shoulders.

Truthfully it'd been a long time since Ezai ate somewhere other than his own home. He had a bad habit of skipping meals and his tight pockets made it easy to look the festival food over. Perhaps, just this once he could enjoy himself. Today was a day to celebrate, afterall.

“The takoyaki looked good. Where did you get it?”
This user is from the Fire Nation