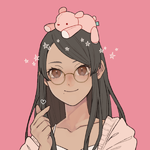 On Wednesday, 12 August 2020, Michael DiMartino, one of the original creators of Avatar: the Last Airbender, announced on his blog that he and Bryan Konietzko have decided cease involvement with Netflix's live action adaptation of ATLA. On Thursday, 13 August, Konietzko posted an Instagram story confirming and adding his own feelings about the topic.

Bryke, as the pair is known, both cited that despite Netflix's promises to support their creative vision they are leaving because they feel that their vision is not being respected. Mike in particular said:
I realized I couldn’t control the creative direction of the series, but I could control how I responded. So, I chose to leave the project. It was the hardest professional decision I’ve ever had to make, and certainly not one that I took lightly, but it was necessary for my happiness and creative integrity.
Bryan, similarly, said:
When Netflix brought me on board to run this series alongside Mike two years ago, they made a very public promise to support our vision. Unfortunately, there was no follow-through on that promise. Though I got to work with some great individuals, both on Netflix's side and on our own small development team, the general handling of the project created what I felt was a negative and unsupported environment. [...] As long as we felt those ideas were in line with the spirit and integrity of Avatar, we would have happily embraced them. However, we ultimately came to the belief that we would not be able to meaningfully guide the direction of the series.
For Netflix's part, they have remained pretty closed-lipped on the situation, though released an official comment:
We have complete respect and admiration for Michael and Bryan and the story that they created in the Avatar animated series. Although they have chosen to depart the live-action project, we are confident in the creative team and their adaptation.

So, what do you all think? Is this something that will deter you from watching the series? Or will you give it a chance as a sort of "unofficial" adaptation of ATLA?
**Note: there are currently some unconfirmed articles outlining the specific reasons Bryke left the series; while these reasons may seem likely, we're avoiding discussion until / unless they are verified by a named source.


Personally, I'm pretty done with it. I've been pretty hesitant over a live action (I'm really not sure why animated shows always need some live action adaptation when they're perfectly fine as animations). After the debacle of the film, I'm not entirely sure that I care to repeat the experience, especially for a serialised adaptation. I hold no faith in Netflix's statement, especially since the film came from someone who professed to love Avatar and stated that his daughter would be very upset if he got it wrong.

It's really disappointing. My personal hesitations over live actions aside, ATLA has always been a visually pleasing series, and at least from a visual perspective it should make a wonderful show. But... I just don't see a reason to support a project that the original creators have washed their hands of. While Bryke have their issues, and while there are valid criticisms of them and ATLA / LOK, I can't see them leaving unless the show is going in a direction that makes it a complete antithesis of what ATLA stands for.
This user is Mod
Last edit: Aug 19, 2020 22:39:03 GMT -6
Gia
Aug 18, 2020 15:46:22 GMT -6 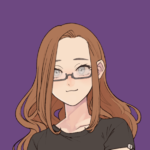 I am moving forward... very skeptically. I want to see a trailer first and get more info about what the series is going to be like. As of right now, I am definitely leaning towards noping right out there, but... I am extremely skeptical now, because we've had one terrible adaption, and it just seems like we're going to have another. If all else fails, I have the cartoon, and forget the live action whatever.
This user is Mod
Anonymous
Aug 19, 2020 22:05:48 GMT -6

I was actually looking forward to seeing a live action adaptation ONLY because the original creators were overseeing it. If the original creators are stepping out, then I am happy and will move along. I wouldn't want to see it without them playing a role in its creation. We've all seen what that gets you...Needless to say, I'm obviously a bit disappointed. It was announced quite a while back and with teasers of Appa. I had hoped it would have been promising. I'm okay with leaving the series in its innocence and having it stay the masterpiece that it is just as much.
This user is a former member
A Long Display Name
Aug 24, 2020 13:45:20 GMT -6

Someone on twitter said (paraphrased) that someone should let grown men know it's OK to write fanfiction and honestly that's a whole ass mood for this ATLA remake. I genuinely cannot imagine Bryke leaving for anything less than an egregious misalignment on the core values of ATLA as a series (even without their official statements saying that's the reason), and so this adaptation would be fanfic at best.

But no. They wanted to tell ATLA again, which in theory is fine, but they wanted to do it in such a way that the original creators have completely disavowed it as being true to the spirit of ATLA? The only other time I have heard this happen, aside from M. Night's catastrophe, was with the Reflections OVA from Rurouni Kenshin.
This user is Mod