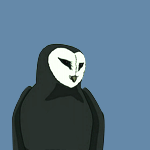 Aang seems to be taking the hundred years he missed in stride. Well, for the most part. There was that time he activated his Avatar State when he found Monk Gyatso's remains at the Southern Air Temple. Other than that, he seems just like a regular kid, aside from being the Avatar.

We spent too long on Kyoshi Island, though. Prince Zuko managed to find us—not that we exactly kept it a secret—and managed to destroy half the town before we escaped. We're heading to the mainland now, to the city of Omashu. I don't know what's in store for us there, but we'll find out soon enough.


Timeline: Book 1: Water, between Episode 4: The Warriors of Kyoshi and Episode 5: The King of Omashu
This user is TARP Staff